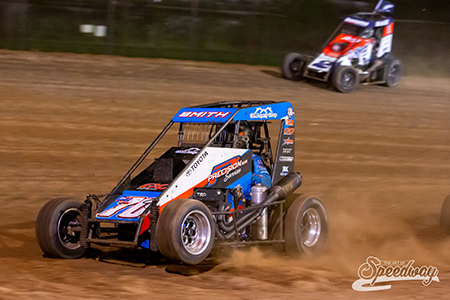 One of the oldest speedway events in the world, the Australian Speedcar Grand Prix, returns to Sydney's Valvoline Raceway next season.

The GP last season was conducted at the Lismore Speedway in northern NSW while the previous year the race was held at the Gunnedah Speedway.

Over the years the event has also been taken to interstate venues.

Its return to Sydney where the Australian Speedcar GP started in 1938 will herald one of the highlights of the Ultimate Sydney Speedweek at Valvoline Raceway when the race is decided on January 1, 2020.

"This is a very special race in the history of not only Sydney and Australian speedway, but world speedway," Valvoline Raceway principal Felicity Waldron said.

"It will bring together the best drivers in Australia and we are also expecting strong entries from New Zealand and America. We are also planning to celebrate the history and tradition that goes with the Australian Speedcar Grand Prix during our race fixture presentation."

Californian Carson Macedo has already indicated he plans to contest the Grand Prix and will fly to Sydney especially for the Speedweek with both Speedcar and Sprintcar commitments scheduled.

The AGP shares the honour with current races, the Victorian Speedcar Championship and the American Thanksgiving Day Turkey Night Grand Prix, as one of the longest running Speedcar titles in the world.

The 2020 Australian Speedcar GP represents the 69th staging of the prestigious event and next year's race takes on even more meaning as the defending titleholder is one of the Valvoline Raceway stars, Matt Smith.

"The fact that we have a home track champion also adds to the occasion. Matt is a two times winner of the race after his first victory was recorded in 2011.

With our strong line-up of local drivers, there is every chance the AGP trophy and perpetual shield will stay in Sydney," Felicity Waldron added.

Some of the big money teams already have a racing investment for the upcoming season approaching $100,000 and the GP is prominent on their radar.

Photo: The Art of Speedway